I haven’t had an “artist’s date” for a few weeks now. Life and work has been a little out of control. So today I looked at my schedule, realized it was quiet, and ran away to Williamstown, MA to visit The Clark Institute of Art. People who have been around here for some time are familiar with The Clark. The study art, and have a fine gallery of classic and famous artwork. They have been closed for a while however, building new facilities, and updating their existing ones. They just reopened a few weeks ago.

I got there early, just as they opened, and got the chance to take in the new buildings before the crowds arrived. That was particularly nice since, when they are not crowded with people, the new spaces have a striking mix of modern architecture and nature, and I was able to savor that contrast to it’s fullest. 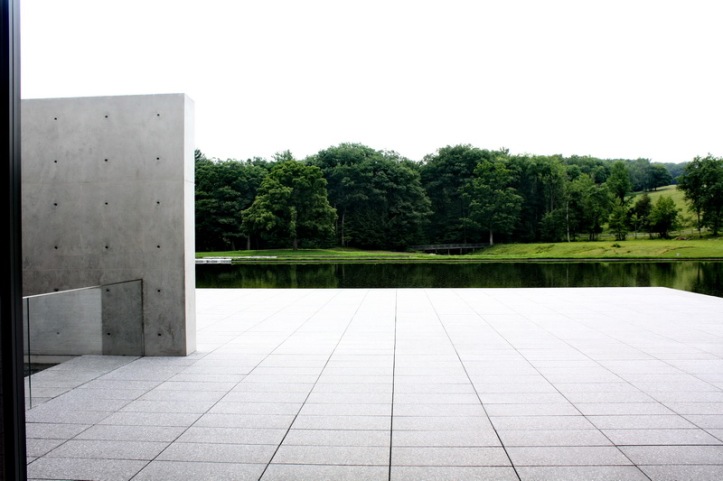 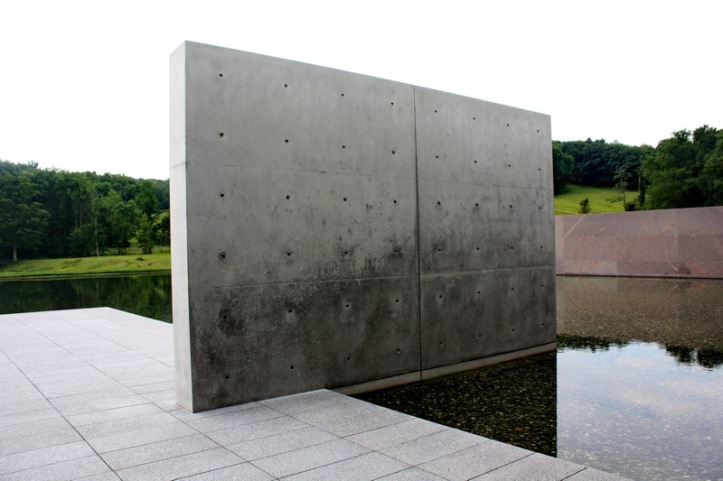 One of my favorite exhibits allowed no cameras – cast and forged items from ancient China. 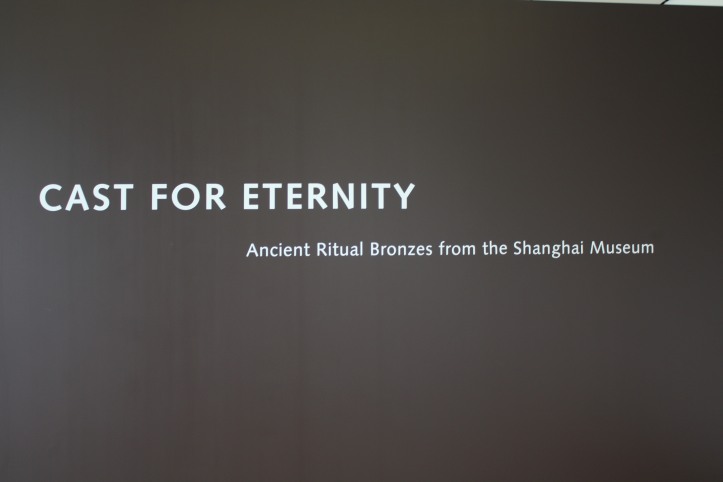 These were ritual items – holders for wine, water, spices, both strong and elegant with amazing workmanship. It was hard to believe they were more than 2,000 years old. The highlight was a set of temple bells. Each tuned to scale. They had a recording playing music from these bells – it was haunting and lyrical. Far more lyrical than I think of when I imagine oriental music. I stood and listened, immersed in the music of them for over a half hour. I am sure it made the guard nervous. But it was that beautiful.

Then it was downstairs to the opposite end of the scale. Modern Abstract art. Again, no cameras (so I had to shoot from outside the galleries.) 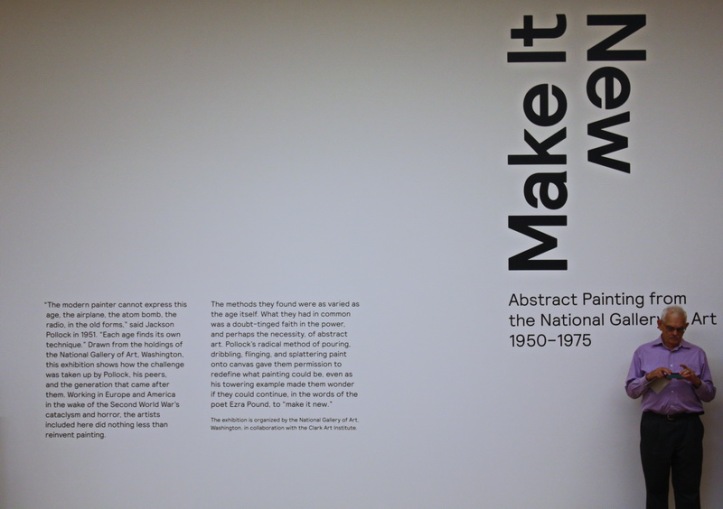 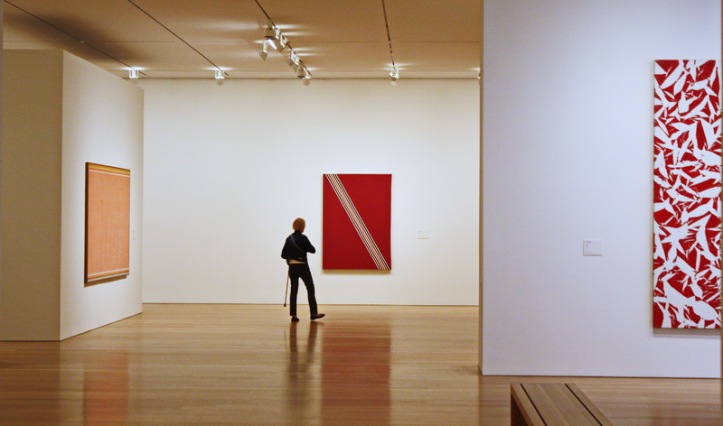 BIG paintings, which got me thinking about what is possible on a large scale that is not possible on the scale I paint. Suddenly I was envious and wanted a huge, sprawling loft with windows to paint in. Yes, space envy.  Many of the great names of this century’s art were there, and I had a chance to just stand and gaze and let them sink in. One of the advantages perhaps, of going alone. I didn’t have to worry about whether the person with me was bored or tired. I could just sit with them. For the first time, I felt like I “got” Jackson Pollock, and Mark Rothko. I’ve always admired their skill, but I never felt the work before. Whether it was the setting, having more time with them, seeing the originals in their full scale instead of in books and shrunken prints – whatever the reason, today they resonated with me.

Then, off to the original galleries, with their Degas statues, their impressionists, icons and other classic art.  It’s funny how, when I go to a museum, one time one artist will jump out at me, and another time a different artist will sing to me. Today, It was Renoir who held my eye and brought me back again and again. 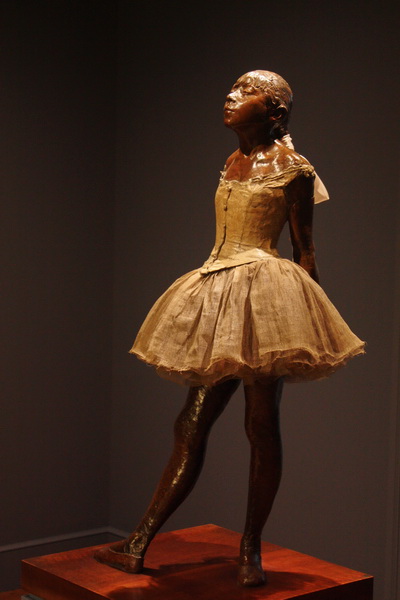 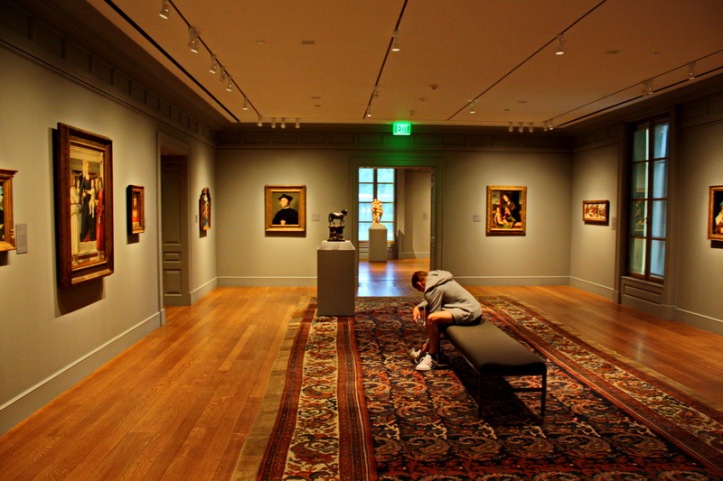 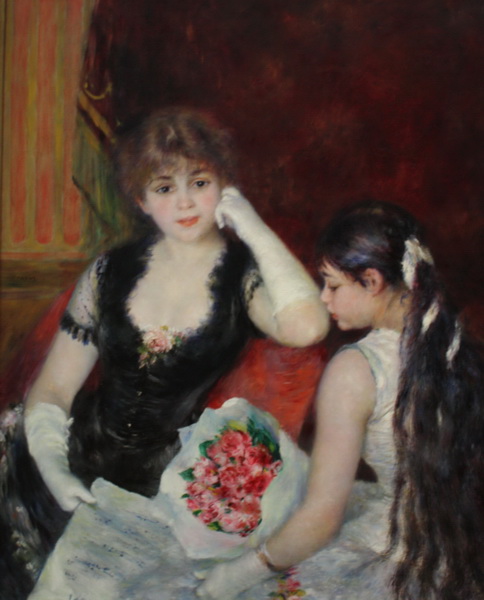 There are walking paths at The Clark. They have paths that wander through woods and pastures. Here and there there are artistic insertions into nature. But mostly they left the spaces alone, and let you wander, the nature a beautiful counterpoint to the controlled beauty of the museum itself with it’s architecture, space and light. 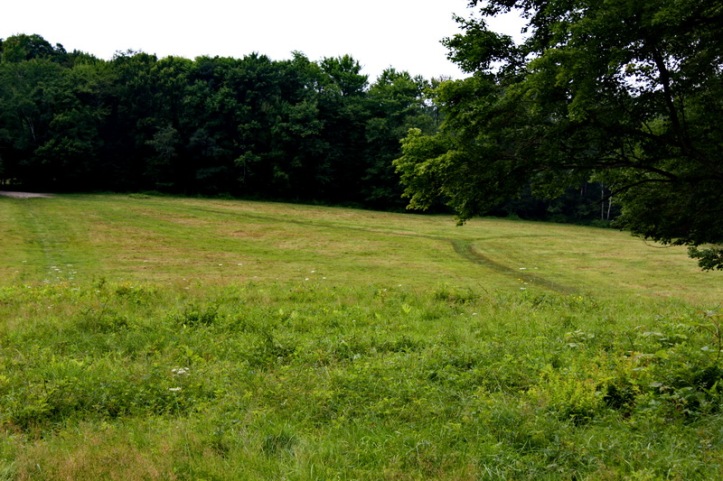 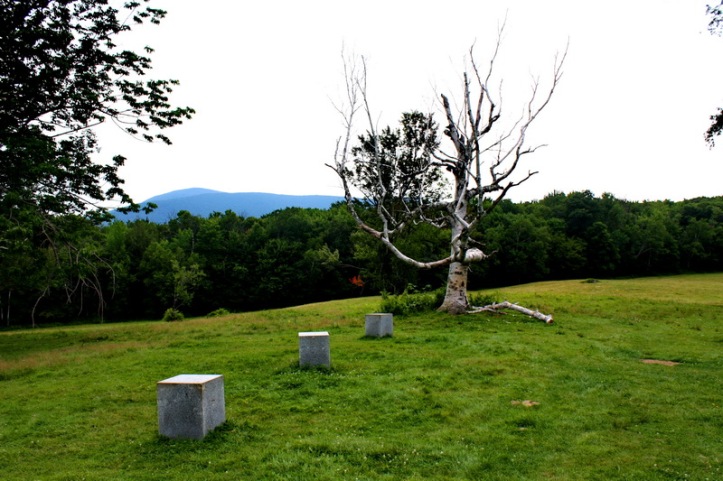 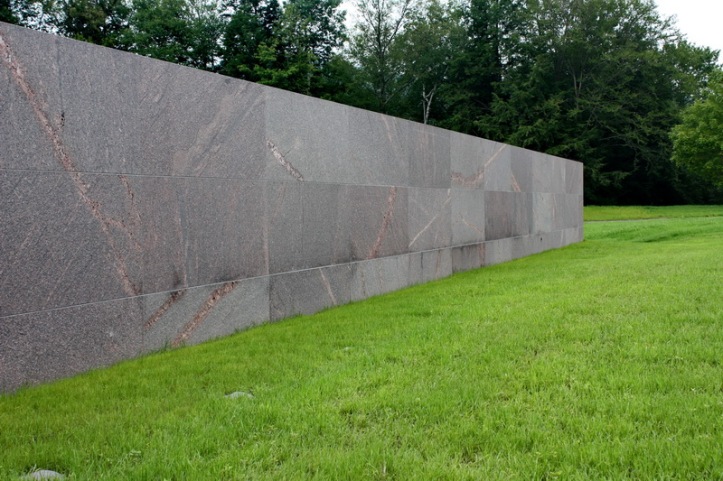 After my walk, I came back to the museum, to look at a few of the paintings that had sung to me a second time.  Then, I went back to the pool outside, found a bench, and just stared into the water. I had planned to spend some time to day thinking and feeling and letting the emotions of the week wash out of me. I had NOT planned to do that thinking and feeling at The Clark, surrounded by people. But after a time gazing and letting my mind and heart wander, tears came, unbidden. Floods of them. I was near the water’s edge, so the crowd as a whole could not see the tears, but I sat, for perhaps an hour, simply letting them flow in this odd, private, public place. 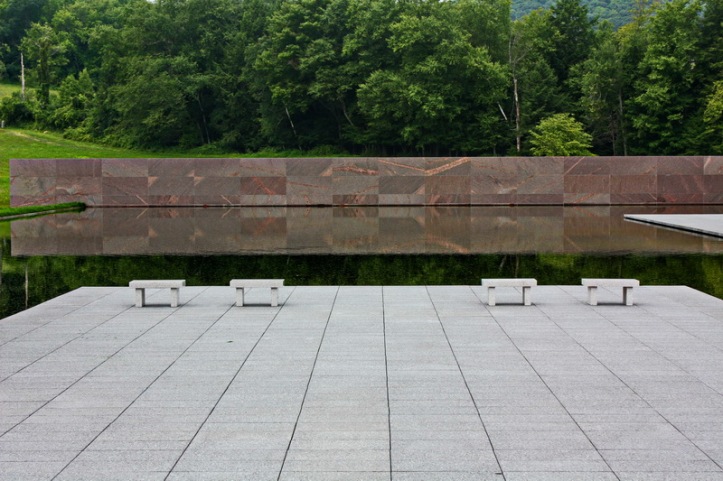 But (and isn’t there always a but?) there were two small kids playing in the water near me. And they saw. Compassionate and wise as only kids can be, they asked me what was wrong.

The girl nodded her head knowingly. “Do you have a broken heart?”

“It will get better. The world is a beautiful place.” and then back to the water. 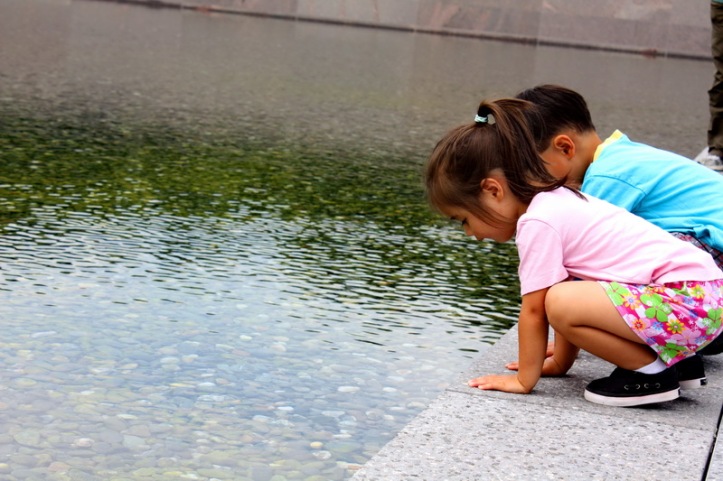 Yes, I thought. The world is a beautiful place. I have tears left to cry. But the day ended beautifully. I had been inspired by art and nature. My mind was filled with ideas and thoughts, things I want to try and experiment with. I have a moment of kindness from a stranger.

There is work to be done now that I am home. But it was a good day. Something I needed. More than I knew.